Tennis Dynamics has trained many players as well as worked and taught alongside a number of well known persons in the tennis industry.

I am so very impressed with Laurel Park and the work JP has done there. The courts and grounds and the clubhouse are always clean and sharp. The Tennis Center is always busy. He has created players. Inspired players. Motivated players. Nurtured players. Helped them thrive and improve and, most of all, enjoy the great game of tennis and derive the benefits of playing the sport. …He is a leader. He has great people skills. He is personable. Kind. Warm. Caring. Dedicated. Hard working. Wise. Experienced. He has hosted an astonishing number of tournaments and special events. They are all first class and well run and well organized and there is always a vibrant and fun atmosphere. …If I was running a club or park or a college team, JP is the first person I would call. 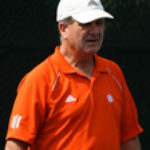 Players in the Tennis Dynamics programs buy into hard work and doing the right things in their training. The students learn to love the game of tennis in a very deep way that is only achieved from learning how to give one’s best day in and day out. 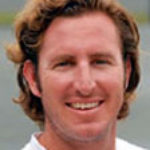 There is no doubt in my mind that if it wasn’t for J. P. Weber, I would never have been the junior tennis player I was growing up. He taught me a very simple philosophy– you must create opportunity through hard work, pay attention to detail along the way, listen to one voice, and make your opponent never forget your name.

See below for more testimonials.

Chris Munnerlyn
If you are serious about your child’s development as a tennis player, then you need a program where the professional who not only understands the junior level, but also the collegiate and professional levels. I worked with J.P. Weber throughout my collegiate and professional career; consequently, I attribute a large part of my success to his influence and teaching. His knowledge of technique, strategy, conditioning, and mental preparation will certainly give your child the edge he/she needs to succeed in their tennis career!

Michael Sprouse
Having reached an elite level of collegiate and professional tennis, I’ve come across many coaches. JP was one of the coaches that stood out to me as being very dedicated, knowledgeable and motivational to me, as he helped fine-tune my game and overall conditioning at Notre Dame (especially my speed!). I would recommend his programs to anyone looking to improve their tennis game at any level.

Andy Caldwell
J.P. trained me for four years from the age of 12-15. During that time, he was responsible for showing me how to be dedicated to excellence and achieving the most out of myself. I was a highly nationally ranked twelve year old, although as I moved up into the boys 14’s, and then the 16’s age division, some technical flaws that I had been unwilling to change really caught up with me. This problem was magnified by the fact that I was not as quick as I needed to be, and I was not as strong as some of the kids who had matured sooner physically, causing me to lose confidence. The boys 14 and 16 age divisions are very telling with top ranked juniors, because some of the great twelve year olds fall by the wayside when their technique becomes more exposed. This was a difficult time for me, and during my freshman year in high school J.P.’s teachings really paid off. He spent endless hours with me re-constructing a backhand and transforming it into the most reliable stroke I had. He implemented innovative drills to combine fitness training and stroke technique that gradually brought me up to speed with my stronger opponents. He was willing to work with me until the product was complete, and his dedication was unlike any other coach I ever had. I completed my tennis career by competing at the #2 singles position for New Mexico State University, and held a national ranking of #18 in doubles in 1996, in the NCAA division I. I later competed in Professional Satellite events, had wins over top 500 ranked players in the world in singles, and had numerous wins on the doubles circuit over world-ranked opponents. I owe a large part of this ability to compete in college and on a professional level to J.P’s training and his expertise. He didn’t give me quick fixes; rather, he convinced me to revamp things that were initially painful but would later be the changes that proved necessary. He has tremendous background in the teaching profession, and he understands the game from several perspectives and eras, helping him shape an opinion of what each individual needs to achieve success. He loves the game, he loves the journey of persistence and effort toward reaching goals, and he will work with youngsters to ensure their dreams are fulfilled. He was instrumental in my success as a young athlete, and I’m sure he will continue to help others in the future.

Paul Scarpa
As a college coach for 45 years, I have seen a lot of outstanding players, coaches and tennis instructors. I can honestly say J.P. Weber ranks right there with the best. I observed him as a player, coach and teacher who has it all to do the necessary work to be able to develop a player at any level of play. His knowledge of the game is that of a scholar and the motivational skills he uses with his students produce results. I am most impressed with the stroking foundations he gives to his students. He loves the game and is extremely loyal to those he teaches.

Paul Scarpa
Head Men’s Tennis Coach, Furman University
Bobby Bayliss
I have known JP Weber for 23 years and have always been impressed with his work ethic, values, and commitment to solid fundamentals. He will stay with the task to its completion and teaches values that help young men and women to become good adults. He helped many of our Notre Dame players to reach their potential.

Jean Desdunes
You will never find anyone who will care more or work harder to get the best out of his students. I have never worked with anyone who has more pure passion and love of the game of tennis! Tennis Dynamics programs will help players of all types become the best they can be.

Robert Davis
Over the years, J.P. Weber’s thirst for knowledge has allowed him to accumulate an impressive and invaluable education from some of America’s greatest tennis teachers and coaches. Having known him for nearly twenty-years, I have developed a tremendous respect for his dedication in teaching the fundamentals of tennis. J.P. Weber understands what it takes to maximize each player’s ability, but just as importantly, he believes that competitive tennis should be a vehicle for improving a young persons’ life.

Lee Bates
The development and instruction from Tennis Dynamics is challenging, and has brought out the best in both my sons, helping to greatly improve not only their tennis game, but also their physical and mental stamina. They have been treated like young men – not coddled like spoiled children, and consequently have embraced the desire to work hard to achieve their goals. While the instruction at Tennis Dynamics is fundamentally sound and is helping my sons climb in the tennis rankings, JP Weber and his staff care about my sons far more than winning a tennis match. They are concerned about the deeper lessons learned on the tennis court and translating them into life lessons.

Winston Crawford
J.P., I know you will remember how much my daughter used to get upset during your physical training. You would be amazed that she is doing two and a half hours of conditioning a day now. She now gets it that if you are going to make it in the game of tennis today it is going to require more than just hitting a tennis ball well. You commented on the quality of her backhand. The Pro (Nick Saviano) she works with in Florida works much like you do. That is, he is a developmental pro. He works on an issue until it is fixed. Samantha went to him in January 2007. He laid out a plan at that time. Interestingly, he is still working that plan. He has taught Samantha’s mother and I that winning a particular junior tournament is nice but it is not what is important. I know from working with you this must sound like listening to a recording of yourself. JP, I cannot over state the case for building the strokes and conditioning. The window of opportunity for developing a tennis player is short. The opportunity to play tennis well as a pro, college player or amateur will eventually come down to how the player was developed and not as Nick says “the all important (whatever age you want to use) junior standings”. Quick, tell me what Maria Sharapova’s 12-year-old national ranking was? I do not know and have never had anyone I asked give an answer. I would encourage your players and their parents to pay much closer attention to the development of the player and how they played and a lot less to this weekend’s results. Thanks for all you have done for us over the years.